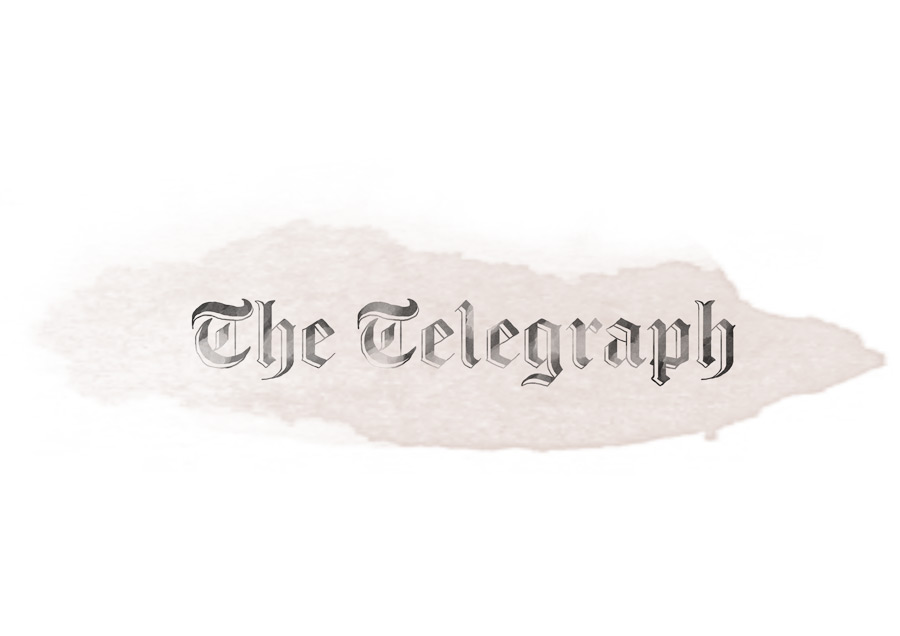 I'm the only British tourist in Tenerife 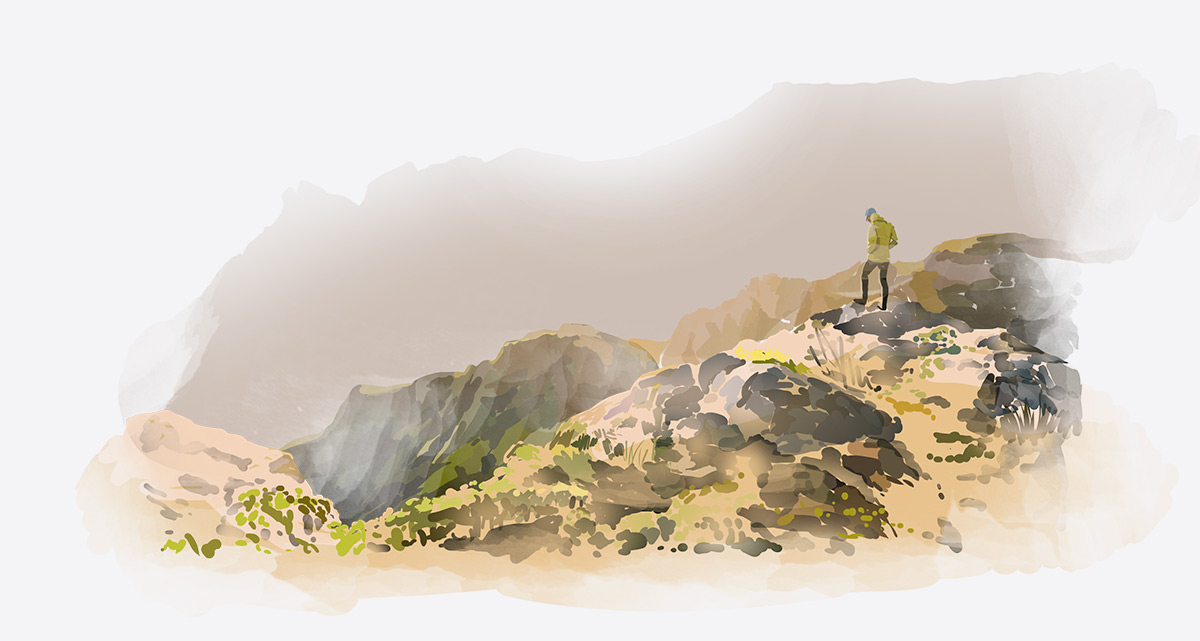 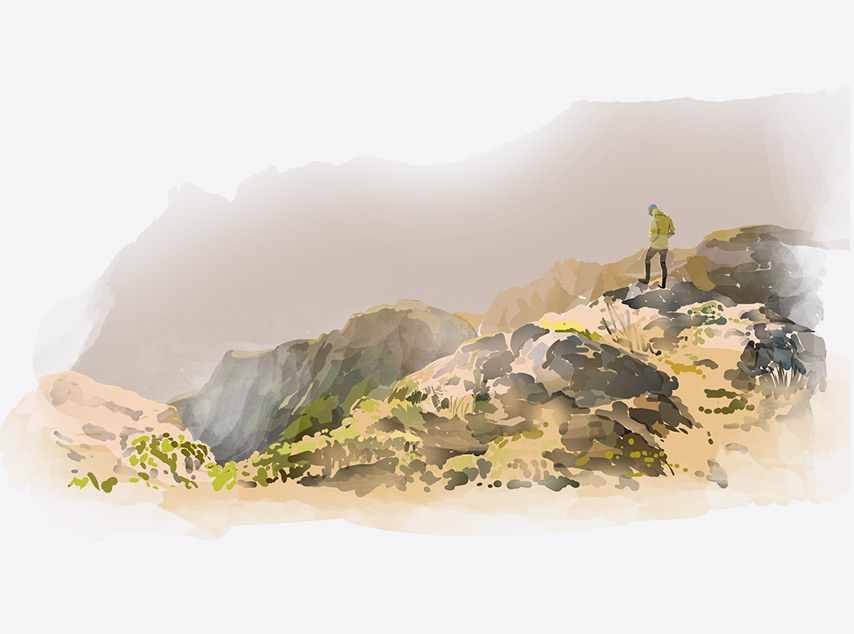 On a slow morning in early June, as Spain languished under Europe’s strictest lockdown, I had a call from the manager of a small group of exquisite lodgings on the north coast of Tenerife­. For the first time in living memory, Alberto del Hoyo told me over the phone, Tenerife’s colonial towns and mountain landscapes were devoid of tourists, its beauty spots quieter and lovelier than ever.

The island’s tourist industry had collapsed a month earlier and none of its 426 hotels was open, but del Hoyo’s own 17th-century Hacienda de las Cuatro Ventanas had discreetly begun welcoming local clients.

My curiosity piqued, I hatched a plan. With the help of del Hoyo, and armed with a special dispensation from the Canary Islands government and a pack of disposable face-masks, I would be one of the very first foreign visitors to reach Tenerife since the pandemic gripped Spain back in late February. (This would also be the first time I’d set foot in an airport for three whole months - an unconscionable time in the life of a travel writer.) Moving between provinces was still rigorously controlled and the State of Emergency remained in force. But as I set off from my home in western Spain, my wanderlust was all the more intense for having been so long repressed. 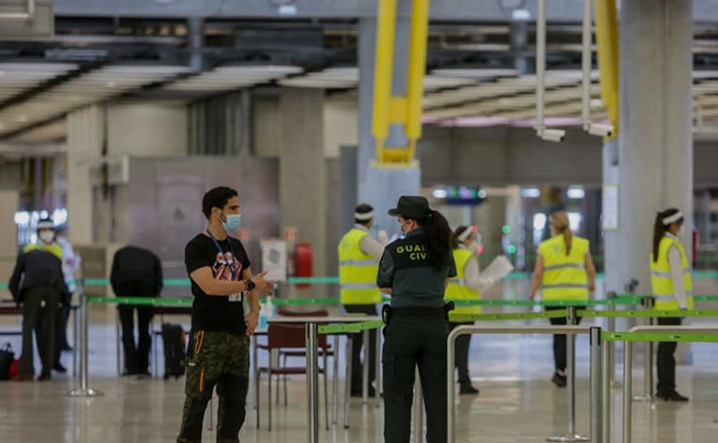 The vast halls of Madrid Barajas Terminal 4 can rarely have been so echoingly empty, nor so sparklingly clean. There being nothing to buy or eat - no duty-free shops to waste time and money in, no nasty overpriced airport food - I practically floated to my departure gate. The pandemic has had the curious effect of making Spain a little more like Switzerland. Despite the document-checks and temperature-readings my Iberia flight to Tenerife North, one of just seven to leave the terminal that day, took off on the dot of 3.45pm. Disembarking the plane followed the calm and orderly new post-corona routine - one row at a time and no loitering in the aisles – which replaces the usual undignified scramble for the exit.

The road to the Hacienda hugged the rocky coastline among palm groves and banana plantations. There was some traffic but, with tourism at zero, hire cars and tour buses full of pallid Northern Europeans were conspicuous by their absence. As we drove, my host gave me the lowdown on his family history - the del Hoyos arrived on Tenerife with the first wave of Castilian conquistadors in the late 15th century - and on the peculiar magic of the last three months in which the tinerfeños had had their island all to themselves.

Set like a jewel in the rugged sub-tropical landscape of the north coast, Hacienda de las Cuatro Ventanas is one of the half- dozen historic country houses, old-town mansions and high-spec apartments belonging to del Hoyo’s boutique-lodgings marque. In contrast to the lowest-common-denominator ‘bracelet’ tourism of Tenerife’s overdeveloped and underwhelming south, BeTenerife flies a flag for cultural heritage, first-class design and architecture, and for the quieter pleasures of the island’s beautiful north.

The whitewashed, tile-roofed Hacienda, once the del Hoyo family seat, stood on a steep hillside among gently waving banana palms with the big blue Atlantic laid out far below. My first-floor apartment with its beamed ceilings and dark wooden floors, creaky with age, beguilingly combined traditional Canarian style (antique furniture and family heirlooms) with a crisp modern chic. Sash windows framed a delicious view in shades of eyepopping blue and lush subtropical green. 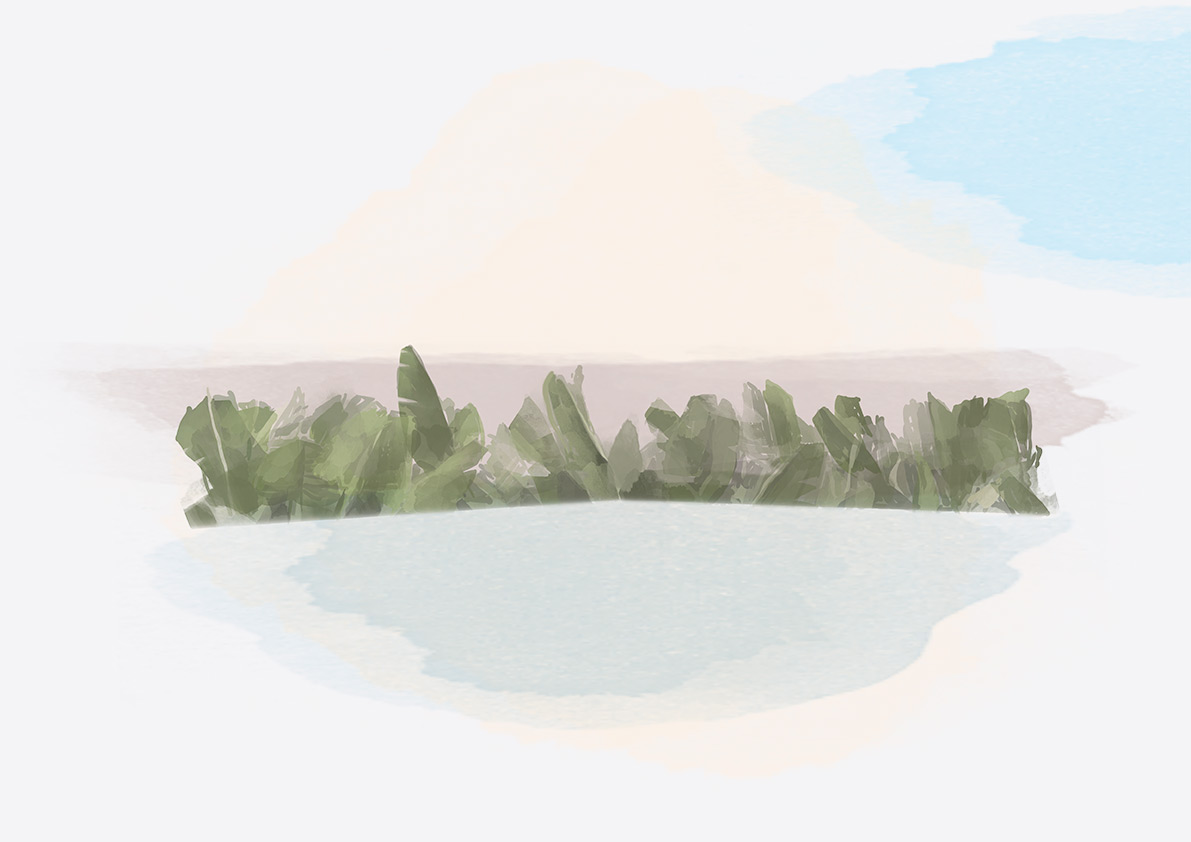 From personalised sun-loungers to sanitised TV remotes, del Hoyo’s team had been clearly been studying the complex requirements of the new post-corona tourism. The kitchen was a decent-sized area in which restaurant refuseniks could easily prepare their own simple meals; in the fridge were local goat’s cheese and wines, island-grown fruit and tomatoes, eggs and Asturian butter.

My neighbours in the downstairs flat were a young couple from Gran Canaria, but the closest we came was a friendly wave. Clients in this brave new world, suggested my host, would value privacy over service, and social distance over hugs and handshakes - which of course means no butting elbows over the breakfast buffet. Early each morning a bag of fresh bread and croissants was left by an invisible hand on the handle of my front door.

I hit the road in Alberto’s Fiat 500, feeling like an explorer venturing into uncharted territory. Signs of the strange ‘new normal’ were everywhere. Playa del Socorro, a famous surf beach a mile from the house, had been divided with coloured ropes into a series of square plots. But there were no German towels on these black sands: the beachgoers were all locals. The few I spoke to greeted me pleasantly if curiously, perhaps wondering if this solitary Brit might herald the return of the 5m+ tourists they’d been used to receiving every year. In blazing sunshine I drove to La Orotava and up into the foothills of the Teide, the extinct volcano whose conical peak at close-on 4,000 metres above sea level is the highest in Spain and an emblem of the archipelago’s natural wonders.

Climbing ever higher I felt the climate and vegetation quickly change: first apple orchards, ferns and chestnut woods, then forests of pine and laurel wreathed in Atlantic mist, and finally the eerie volcanic deserts around the base of the peak. At the El Portillo visitor centre I slid easily into one of the few parking spaces currently provided. The dozen-or-so punters on this late June day were mainly Canarians, said a mask-wearing guide, with the exception of a Polish family trapped on the island when lockdown kicked in on March 14. 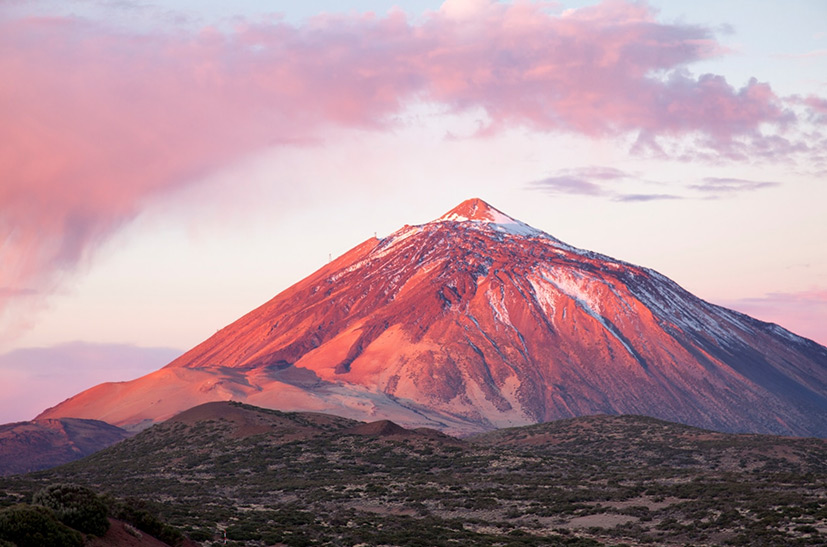 In blissful solitude I strolled the paths of a botanic garden at 2,050m where some of the Teide National Park’s 220-odd endemic plant species are protected from the threat of extinction. The bizarre tajinaste, which takes three years to bring forth a tottering tower of gaudy colour and then promptly dies, was this week at the height of its spectacular flowering, as if it had chosen the moment entirely for my benefit. 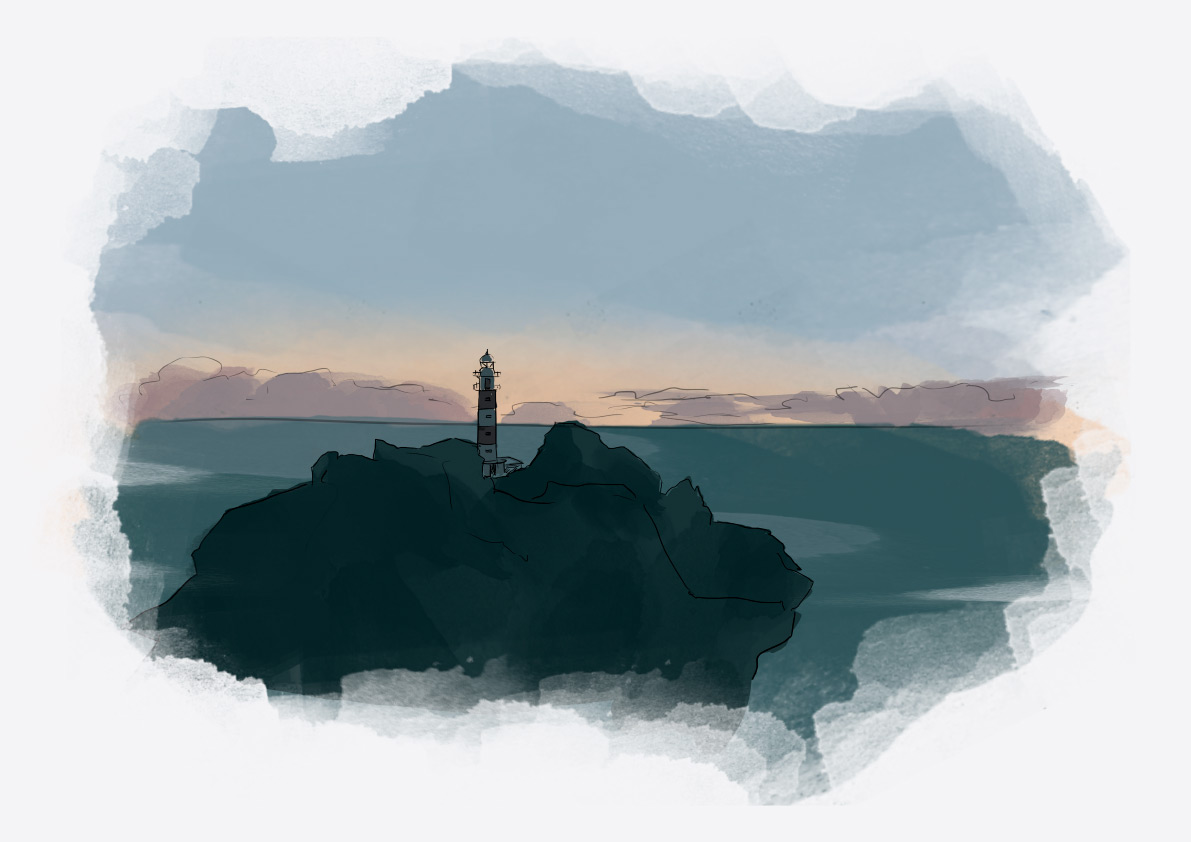 In the days that followed I took note of the range of adventures you could have in northern Tenerife - from nature hikes in the Anaga forests to astronomy lectures and vineyard visits at Tajinaste, the forward-thinking bodega - none of which would involve dealing with crowds, noise, queues, or parking hassles.

My solitary drives showed me an island that, if it sorely missed the tourist euro and pound, seemed to be enjoying the rare pleasure of time to itself. One morning I went out on a Zodiac with Francis Pérez, world-renowned marine photographer and born-and-bred tinerfeño, leaving the harbour of Los Gigantes (usually tourist-maddened, now deserted) to gaze at the monumental cliffs where the Teno mountains meet the sea. According to Pérez, research during lockdown had revealed drastically reduced levels of the stress hormone cortisol in Tenerife’s whale population. And it wasn’t just the whales who were stress-free - we were the only craft on a stretch of water that’s usually crammed with tourist boats and jet-skis.

At this point in any normal summer the big resorts of Playa de las Americas and Los Cristianos, way down on the island’s southern flank, would be a morass of British and German grockles. Today they were were virtual ghost towns. On the wide avenues of upscale Costa Adeje, the voice of the occasional passerby mingled with pigeons cooing in the palms. Cocktail bars, supermarkets and estate agents were all shuttered and forlorn.

Among the grand five-star hotels with their towers, balconies and manicured gardens there was one that caught my attention. If at some time in the future ghoulish ‘corona tourism’ ever becomes a thing (well, it happened with Chernobyl) the Hotel H10 Costa Adeje Palace will surely be one of the highlights. For Spaniards this is notorious as Ground Zero of their outbreak, where 1,000 tourists were confined to their hotel rooms for two weeks in late February after an Italian guest fell ill. I peered through the front door at the massive Asian-style atrium, its furniture grey with three months of dust.

Nothing is more desolate than a tourist resort bereft of tourists, and my stamping-grounds in the island’s unspoiled north seemed lively in comparison. On a sunny Sunday afternoon the north-coast harbour town of Puerto de la Cruz buzzed with a jolly crowd of local holidaymakers. Chef Severiano Diaz had just reopened his restaurant and was happily serving his New Canarian cuisine to a reduced number of local clients - though booking requests for November and December were trickling in, said the chef, from Germans and Brits already planning their winter breaks.

A week is a long time in post-pandemic travel. My stay on the island had flown by, but already there were signs of imminent change. Flights in and out of the island were multiplying fast. 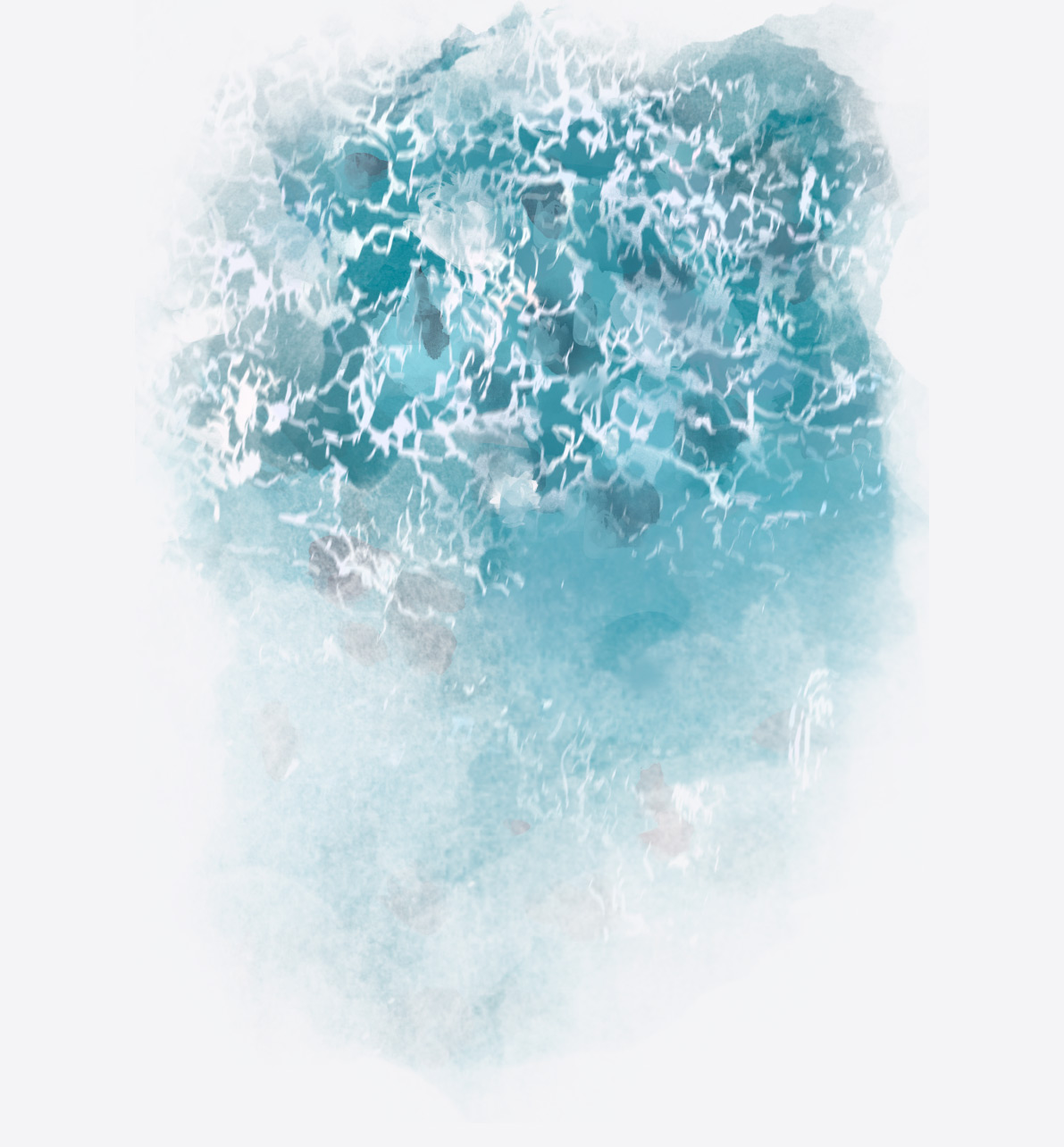 The ‘estado de alarma’ had just been lifted and, like some mighty beast stirring awake after a long hibernation, the tourist trade was taking its first cautious steps. A Hungarian couple, second and third of the new foreign arrivals at the Hacienda de las Cuatro Ventanas, would be flying in that afternoon on the Wizz Air from Budapest. It may not be long before visitor numbers on Tenerife return to normal. So anyone wanting to experience the island in its pristine, pre-touristic state will have to get here PDQ.