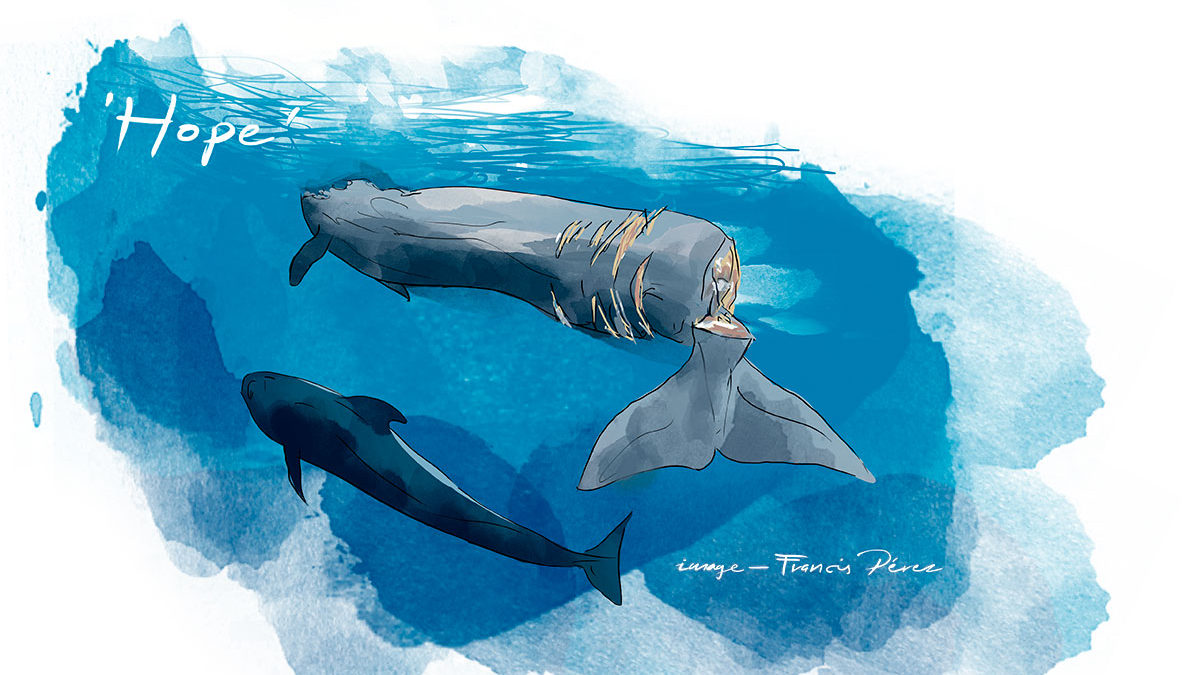 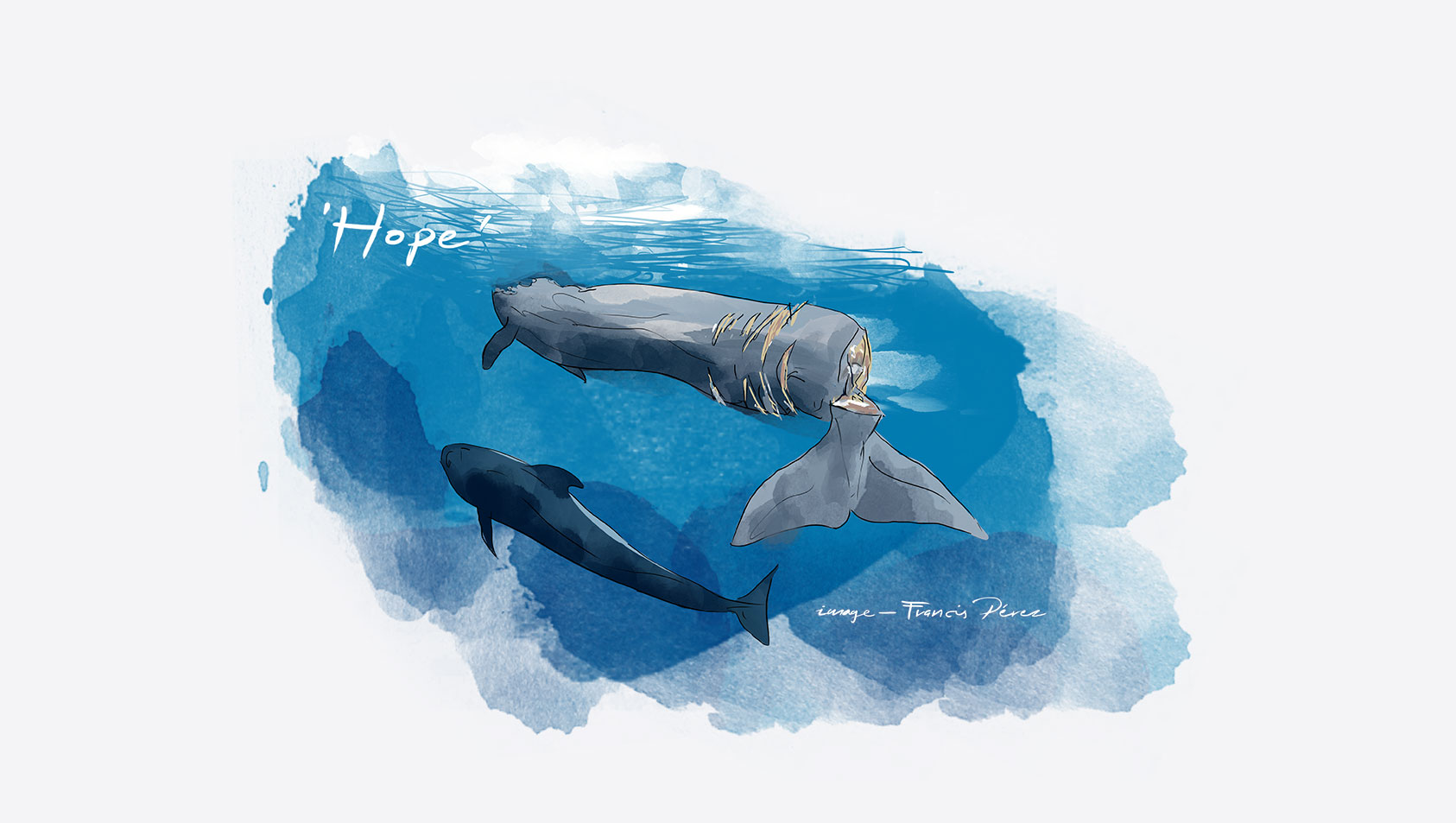 Specials thanks to Francis Perez and his wonderful work.

Attention, this article include sensitive content that some people may find offensive

It was a splendid day and the sea was calm. My friend Francis Perez and I were sailing near the coast of Los Gigantes The sun peeked through the mountains and its light impregnated the cliffs with a wonderful golden color

The boat crosses the sea and we spotted turtles floating on the surface of the water basking in the sun, saw flying fish and enjoyed the sheeps flying over our heads.

Francis is one of the most recognized underwater photographers in the world, he works very closely with the marine biologists of Tenerife and has great knowledge about sea life.

Always shares his adventures with me. There are fascinating, it is a constant source of learning for me.

The sun was already in the middle of the sky when suddenly Francis received a call from a marine biologist telling him that a seemingly injured pilot whale have been spotted. Immediately we moved together with the biologists’ boat to the GPS coordinates that were shared with us. After a while searching, we found the whale.

We were all shocked when we found the two-meter pilot whale trying to stay afloat on the surface. She has a huge wound in the tail… the cries of pain and despair were heard in all the area. The situation was a horrible drama.

Francis prepared his photography equipment and jumped into the water to be able to analyze the whale closely and photograph it so that biologists could evaluate the injuries. Every time Francis approached the whale, the family came to protect her, which was a great risk for him.

The photographs left everyone in shock. The eight-month-old baby whale had her tail completely sectioned. From the first moment it was suspected that the deep wounds had been caused by the elite of a boat. This theory would later be confirmed. We all have the same idea, the animal was suffering a lot and this had no solution. I could not stop crying. The situation was exasperating.

The biologists contacted the Fauna Recovery Center of the Cabildo de Tenerife and decided the intervention of an expert. The hours passed and the whale was dying in front of us. The waiting time became endless.

Finally a team of veterinarians arrived and when they found the situation, there were no more doubts.

We all agreed, but the one who had the last word was the veterinarian Dr. Mayans, which concluded: Euthanasia had to be practiced.

The atmosphere was full of sadness, but at the same time it was a relief, knowing that the doctor was going to free the little whale from her suffering.

It was very difficult to catch the pilot since weighed more than 100 kilo and became very nervous swimming and screaming in search of her family. The mother and other adults kept turning around the boats, which was very dangerous for Francis who was helping from the water. Finally the team managed very quickly to put the little pilot whale in a net to raise her.

Dr. Mayans already had the medication prepare and between tears we could see how he inserted the syringe several times in the belly of the whale, she would fall asleep forever. Hours or even days of anguish of the little pilot were over. We were destroyed.

They decided to call her: Hope. The baby pilot whale that should have a high echo in the consciousness of the society in which we live.

A few days later the history of Hope came out in the media and caused a great wave of fury. Two months later, a report was published with Francis’s photos in National Geographic magazine questioning many aspects.

Many doubts arise: Could the euthanasia have been avoided? Are the animals sufficiently protected to avoid happening again? Are we doing enough to preserve of our marine fauna in Tenerife?

A debate began between biologists, activists and politicians to take action and prevent it from happening again. We all hope that the right decisions will be made.

Be Tenerife support the fight for the protection of these wonderful animals. That is why we inform to all our travelers that want to participate in whale watching and organize this wonderful experience with the correct company. A legalized company that  carries the quality certification of the tourism department of the goverment of Tenerife. A company that respects the animal in its habitat and that will share with our traveler the best information through the vast experience of its professionals biologists.